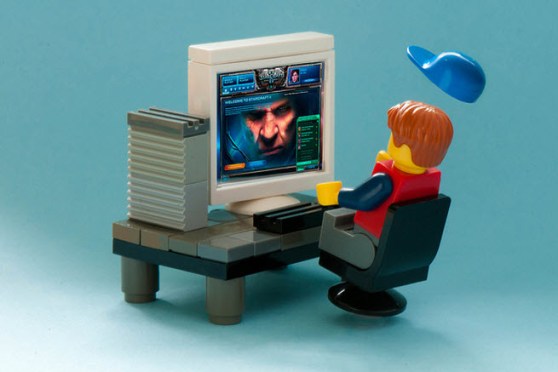 Everyone knows companies collect our data, and sometimes we even approve of it. Even in today’s world, where valid concerns about privacy and too much data intersect with our everyday lives, most people can see the sense in, say, a supermarket using your past purchases to send you coupons for things you routinely buy. Not everyone is over the moon for such marketing tactics, but a lot of consumers are thrilled to get in-store personalizations — which means they are okay with companies collecting their data, at least in some limited form.

It makes sense that this practice can, if executed correctly, carry over to video games. This is especially eye-opening when we consider that more and more games are being distributed digitally now than ever before, and this distribution occurs in a landscape where developers are hungry for details about their customers.

This hunger takes many forms. The revolutionary desktop app Steam, launched by Valve Software in 2003, is the biggest digital distribution platform for PC games, and they offer users an astonishing variety of data on the hardware that most people use to play games via their system. This data encompasses lots of areas, from most-used resolutions and operating systems, to how much RAM a typical gamer has on their PC.

This kind of data gathering is not just being done by distributors, though. BioWare, creators of the Mass Effect series, were outspoken in their usage of data collection when they rolled out Mass Effect 2. They designed the game to collect tiny pieces of data (all anonymous, of course) to tell them things like which classes were the most played, which cutscenes were most often skipped, and how many times a customer replayed the game. Rockstar did something similar, though for perhaps a more lighthearted reason. They used data collection to keep track of how many hats were shot off heads in their sprawling western epic, Red Dead Redemption.

So why all this data? As several game studios have elaborated, the collection of information is a pretty valuable exercise when it comes to making a sequel, or trying to figure out why a game didn’t sell. A game designer can use the info provided by Steam to figure out which resolution is the most used, thereby figuring out how best to configure a user interface. Or, a game designer like BioWare can look at which features gamers used the most in the previous title, and craft the second game accordingly. This is useful not only to give gamers what they want, but it also helps to reduce waste and negative reaction. For example, if you are spending millions of dollars on cut scenes, but gamers are skipping them when they get the chance, that might force you to admit that your cutscenes aren’t very good!

Anyone who has followed the steady integration of data into entertainment industries should not be surprised by its emergence in video games. If anything, it seems that the increasing trend of digital distribution, combined with many games’ “Always Online” state, makes both data and meta-data collection a no-brainer.

All of this is occurring in the Big Data space, a space that iVEDiX knows exceptionally well. It will be interesting to see how this changing landscape affects the user’s experience, company engagement, and game design in general. Because when you get down to it, all of this data collection is about shaping the experience for the customer. Whether you are crafting a game interface, trying to appeal to the most popular hardware, or creating specialized coupons, the end result of all of this data is increased customer interaction and – hopefully! – an increase in sales. And that is no game.

The Future of Data is Right Before Our Eyes