The Next Generation of Data 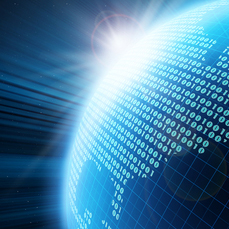 This might be a little over the top but my first blog post is going to be about Star Trek.  I’ll apologize ahead of time.

Specifically, I’m going to talk about data, and Data. The former being the business, and the latter being the eponymous character from The Best Show Ever On Television, Star Trek: The Next Generation.  I’ve recently joined the iVEDiX team as the Lead Writer, and one of my responsibilities is editing — and in some cases rewriting — our website content in order to give it a more unified tone.  What does that mean?  Well, it means that a guy who does not have a background in the IT side of data is going to start writing about data.  Which is where Data comes in.

Anyone who ever watched ST:TNG knows Data. In fact, people who have never seen it probably know who he is, even if in some small capacity.  He’s the supercomputer on legs, the most advanced android in the Federation with more brains that he knows what to do with.  But sometimes, when he talks . . . well, we’re not quite sure what he’s saying.  Sometimes he needs a translator, someone to bridge the gap, and that person is usually everyone’s favorite Shakespearean starship captain, Professor Xavier. Excuse me! I mean Jean Luc Picard.

Because when Data really gets going, he can lose even the smartest person on the bridge. Very often, he is asked to repeat himself, or asked to restate his idea in a simpler manner. This happens because the people who are counting on him for information are not able to sort through the large words and intricate ideas he’s throwing out, not because they are stupid but because they don’t have the time. Sometimes, Captain Picard just has to cut him off in order to get to the point.

In other words, Data is most effective and the least annoying when he is understandable.

The corollary here, the switch from Data to data, is fairly obvious.  The data that informs your Business Intelligence initiatives exhibits effectiveness and lack-of-annoying-ness when it is understandable, when you can make sense of it.  This is the philosophy behind iVEDiX’s core mission of making business intelligence work for you in a way that is both useful and measurable.  Customers don’t have time to mess around with complicated interfaces or confusing lists when they need answers.  They have better things to do than constantly interrupt a rambling android.

So like Data, a good data model has a complex system working underneath a usable, intuitive shell that invites interaction.  I’m going full bore (or should I say Warp 10) with this analogy here, so just picture Data’s positronic brain as a data structure hard at work.  If designed by iVEDiX, it can produce easy to grasp explanations of things like quantum reality.  But without the right design direction, your data can quickly end up writing poems for your cat.  Which is great and all, but that’s not really useful for your business.

The clarity iVEDiX brings to data architecture is what I hope to bring in my writing about it.  Thanks for reading, and make it so!