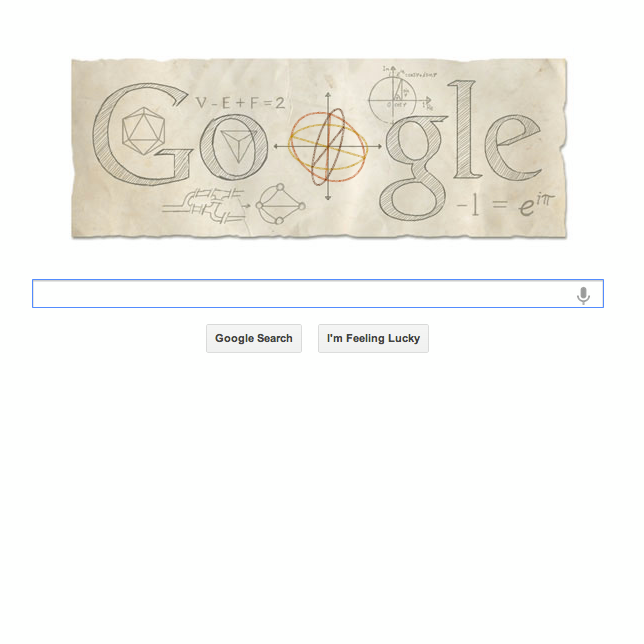 On April 15th, Google paid tribute to the genius mathematician Leonhard Euler on the occasion of his birthday anniversary in 1707. In remembrance of this extraordinary mathematician, iVEDiX has decided as well to remind the world of Euler’s contributions to computer science as well as his impact on BI and Analytics.

Obviously, computers did not exist in the 18th century when Euler was growing up in his native country Switzerland. At that time, Euler himself had certainly no clue of the potential of computers nowadays. His ingenuity has nonetheless made him an eminent contributor to the design of computers and software engineering.

First of all, the instrumental mathematical function ex is due to Euler. e is a mathematical constant whose value (2.718281…) was been approximated first by him in 1748. Euler used the Taylor series to compute the first 23 decimals of the constant e. His method is nothing but the calculation algorithm used today by the arithmetic processors to compute efficiently ex given an x value.

The definition of the function ex led Euler to define further the reciprocal function: loge x, which represents the natural logarithm of a number x. Euler set out to discover the infinite series of this mathematical function that is used today by the computers to calculate logarithms.

Euler also knew that the inverse of the constant e: 1/e plays an important role in probability and analytics. Slot machines were not common at the time of Euler, but he somehow ended up to study the outcome of games that pay out with a probability of one in n and plays it n times. Then, for large n Euler figured out that the probability that the gambler will lose every bet is: 1/e.

If these unexpected manifestations of e were not revealing enough, Euler, the master of infinite series computation, came up with the most beautiful and deepest mathematical formula ever: eiπ + 1 = 0, known as Euler’s identity. The number e is of eminent importance in mathematics alongside 0, 1, π and i; Euler just succeeded to relate all five together. Quite remarkable!

The constant e and Euler, the man behind it, are so more much fascinating now that they have invaded the computer culture of today.  For instance, in the IPO filing for Google, in 2004, rather than a typical round-number amount of money, the company announced its intention to raise $2,718,281,828 – e billion dollars to the nearest dollar. This is just one instance of the scale of Euler’s inspiration and how we can harness the knowledge of the past to build a better future.

What world renowned scientist has impacted your work in Information Technology?