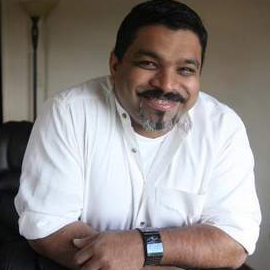 Taking care of employees is crucial for any employer, particularly one whose workers regularly put in at least 50 hours a week.

“From an entrepreneurial standpoint, we have to get the right people and keep them both motivated and grounded,” said Rajesh Kutty, founder and CEO of iVEDiX, a technology services provider based in Pittsford. “We definitely need to keep the passion for the cause, but in our world, where you have a high degree of competence in a specific industry, some tend to become overconfident and somewhat arrogant, so we’ve purposefully decided to tone it down quite a bit.”

Some of the 39-year-old’s guiding principles include identifying early on those who walk in with a “get-rich-quick mentality.”

Sooner or later, he has found, they will become disillusioned and a distraction to the rest of the team. Kuddy also encourages acknowledging, accepting, and moving on from the fact that even the best intentions can go awry, as well as embracing old-school concepts such as, “My word is my bond” and “A handshake should mean something.”

Launched in late 2009, iVEDiX has 19 employees, about 70 percent of whom are between 25 and 32 – high-energy, creative types who are “bursting at the seams with ideas.”

“Magic happens when you bring experience and youth together,” said Kutty. “But communication is key. We’re constantly talking strategy, which is one of the things we didn’t do that well in the beginning.”

Surrounding himself with “A players” who know what it means to work at a controlled pace, particularly given that our culture is intrinsically more impatient than it was even a decade ago, he adds, has been an essential factor in the company’s success.

“We’re part of a growth industry and we’re growing,” Kutty said. “What we have to decide now is whether we want to do it organically or exponentially. That’s a good problem to have.”