Getting to know the Gulf & Doing Business in the Middle East 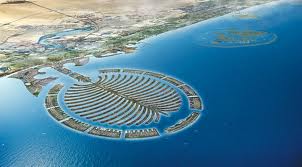 Last year, iVEDiX landed its first big win in the Middle East with VIVA Telecom Bahrain. Quickly shifting office banter to the exotic palm tree fringed beaches and sparkling blue waters of the Gulf. Unfazed by technical deliverables, our great mathematical and commercial minds were less confident in answering questions like, exactly how much sunscreen might be required to stave off the usual ‘American-Abroad’ sunburn? Questions that quickly faded in light of 14 hour days and extended work weeks. So, the delights of the Middle East have had to wait for tag team, Sales & Partnerships Director, Brian Annechino and, Chief Data Architect, Dr. Jean-Michel Guillemin Laborne, but this is what we have learned from our first dip in the commercial waters of the Middle East:

1) It’s tough in the Gulf
Today’s expectations are high and business leaders are closely engaged in all areas of their organization. They know what they want, and whilst tomorrow is another day it is a day too late as far as the Middle East is concerned. Success here is determined by quality of deliverables and a very fast pace of execution.

2) Be Prepared to Negotiate
Wealth management in the Middle East and North Africa (MENA) is growing faster than the global average, so be prepared to negotiate on everything. If it were a competitive sport, people in this part of the world would be Olympiads; they are incredibly good at negotiating. It’s an absolute necessity to bring products and services to market wrapped in several creative financial and operational offerings along with a healthy negotiable margin. And don’t get lazy – existing clients will still expect to renegotiate for new business too!

3) Dictum Meum Pactum (My Word is My Bond)
Honor is an inherent part of Arab culture; a verbal agreement and firm handshake are perceived to be as binding as any written legal contract. This is why face to face meetings are always the preferred method of conducting business. The challenge, however, is that it can be difficult to interpret what has been agreed from both sides due to cultural and linguistic differences. So be sure to:

Whether in the Middle East or elsewhere, making these and standard legal due diligence a part of standard business protocol is absolutely mandatory.

4) It’s Not What You Know, It’s Who You Know
In Arabic vernacular the term is ‘wasta’. There is no greater advantage to your commercial success here than having well placed connections. It is critically important, however, that those relations are authentic and within well defined parameters of both legal and locally accepted good practice. Insincerity will quickly be identified by your Arab hosts and once trust is lost it will be almost impossible to re-establish.

5) Learn Basic Greetings
The Arab world rarely expects an ‘expat’ to speak Arabic to the level they likely speak English. But do yourself a favour and put in the time and effort to secure yourself a good working knowledge of Arab culture, it goes a long way in establishing those strong relationships which are so important in the Middle East – and it’s always fun giving your Arab hosts a giggle over your mispronunciations!

6) Have Patience
Both in business but also in personal behaviors. Doing business here can sometimes seem bureaucratic and frustrating, and selling cycles can seem unnecessarily long, but staying focused and exercising tenacity will pay off. Losing one’s cool in circumstances other than your A/C breaking down is never acceptable in Arab society. As an old arab adage goes ‘the best answer comes from the man who isn’t angry’.

So, ‘Ahlan Wa Sahlan’ and ‘Marhaba’ to the Middle East. It’s not all sun, sea and sand but on the days when it is there’s no better place to be!

Have we missed anything? What have you learned from doing business in MENA?

Carol (Caz) Cooney, Associate Regional Manager at iVEDiX, has been living in the United Arab Emirates so long we think she's forgotten she's actually English. After 23 years of living in the region, Carol has gained a wealth of knowledge and cultural awareness of the region, along with a strong network of business connections. As an avid off-roader, her fiercely competitive streak is second only to her uniquely personable and exotic personality.